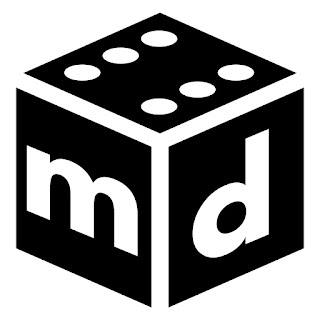 
Where minimald6 got its inspiration from

One Braincell RPG for the „5 and 6 are successes“ idea. The Dilemma Die optional rule is also from One Braincell. The character format is lifted straight from Ben Lehman’s „Deeds&Doers“. The Advantage and Disadvantage idea comes from, of course, DnD.

1.1 Roll your attributes with 1d6
Strength, Dexterity, Constitution, Intelligence, Wisdom, Charisma. These attributes can differ wildly from setting to setting — when you write something for minimald6, just create the ones you really want to and have to use. These numbers are ballpark. 1=really bad, 6=really good. You will develop a working definition in play. Trust the process.

2.1 Players
Describe what your character is doing. Roll 2d6. A 5 or 6=successful. +1d6 for advantage of any kind (item, high attribute, superior tactics etc). -1d6 for disadvantage of any kind (low attribute, hinderance). Do NOT ADD dice results. Simply look for Fives and Sixes. Never roll more than 3d6. Never roll less than 1d6. Roll when you try to hit, to evade, to do stuff, to save your ass. The DM will tell you when and why.

2.2 DMs
Play the world and everything in it. Roll for it, if necessary. Success in combat=reduce health by 1 point or narrate what happens (high health=they can take a good amount of damage, low health=weak). Major successes are possible (you decide when it happens and what happens). Likely success: don’t roll dice, it happens. Unlikely success: roll dice. Impossible: don’t roll dice, tell the players what happens. Skills are likely, except when impossible. All rolls change the situation.

2.3 Non player characters
DMs, if it’s required, create specials for your npcs (just like character classes). If not, wing it.

2.4 Leveling Up
When it‘s dramatically appropriate, a character reaches a new experience level. They may then pick another special from their own list (or, with your OK, from another).

2.5 Creating new games with minimald6
A list of attributes fitting the genre. A list of character classes, best suited for random rolls.

2.7 Optional rule: Hits
Determine a number of hits a player character can take before dying or falling unconscious. I use 'three strikes and you're out'. This number obviously increases for tough characters, and decreases for frail ones.

2.8 Optional rule: Dilemma Die
Recommended for action adventure games. Introduce an additional die, the Dilemma Die. That’s a d6 with one side marked with a flash symbol. Roll the Dilemma Die with your other dice. If you roll a flash, something negative happens in addition to what’s going on, and it doesn’t matter if the other dice show a success or not.

2.11 Optional Rule: The Gore Die
To make combat messier, gorier and bloodier, introduce the Gore Die. Roll attacks with 2d6, as usual. The dice should have different colors. ONE die is the Gore Die. The higher that die, the messier, bloodier, gorier your hit is. Note that a gory, bloody, bloodspraying, disgusting hit will not kill the opponent if he still has Hits left – but it will definitely put negative modifiers (disadvantage) on his next attack roll, movement, abilities, skills and so on. Only when Hits are reduced to zero, a character dies. To give you a few rough ideas for Gore Die results: