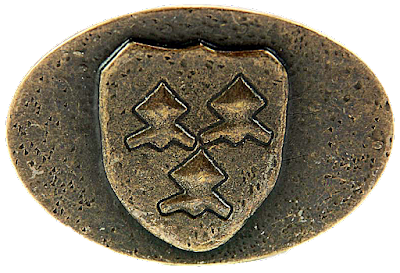 Download these rules as a handy pdf: The Landshut Rules v2


.
.
.
Some of you know of my brave forays into the primeval ages of roleplaying. As a result of these beautiful journeys, I finally formulated our homebrew rules. I called them Arnesonian rules because that's what they are, effectively.

Still, I feel they deserve at least some kind of reference, a name that tells others where they originated from. So, I decided to stay traditional and name our rules after the place they come from: Landshut, the Lower Bavarian town I was born in. The Twin Cities had and still have their Twin Cities gamers and several variants of Twin City rules, and now Landshut has its Landshut rules, and I think it's fitting.

So, without further ado, I'd like to present to you

Are there rules for variable damage? Or do you guys handwave it? Truth be told, yes, we handwave this. But there’s also a simple add-on to solve this:

Fragile characters start out with 4 hits. Resilient characters start with 6 or even more. Armor absorbs between 1 and 3 damage. If damage leaves you with below zero hits, roll above average to avoid critical damage. If you end up with less than minus 3 hits, you're dead-dead.