Pre-D&D: How Dave, Gary, Phil and the original grognards played 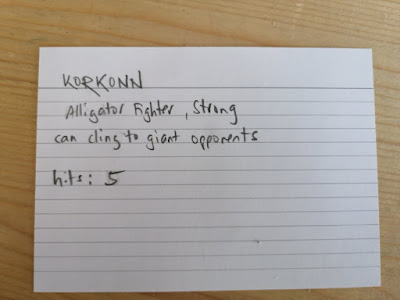 To me, going back to the roots of our hobby means one teaching moment after another. For instance, did Dave Arneson and Gary Gygax use the Original D&D rules? In public, yes, or at least houseruled versions of them. But in private? After doing quite some research and after private communication with players who were there at the dawn of roleplaying games, I think it's safe to say that they used a completely different set of rules – in fact, a much earlier version, before levels and before fancy dice.

They played a version that avoided the pitfall of using Chainmail as one-on-one combat system in roleplaying because it was way too deadly and thus, simply no fun. (In fact, Bob Meyer, one of the earliest players of Dave, complained after one of the first games because his character died after just one blow – that was one of the reasons Dave introduced "hits" or "hit points" into the game).

So how did the roleplaying game that came before D&D really work?


Variations included 3d6 or d100 instead of 2d6, but the above is the complete game system.
A like this a lot.

Still, I'll change a few things because Klint Finley's 2017 article is still darn impressive , and because I love mass combat in my rpg sessions.

So let's put this beauty to the test.


Clarifications:
Special powers are defined before play by the ref and the player.
Armor, in the simple version, is not accounted for. If you want to get more detailed, you have several options:
Armor:
simply reduce the opponent's "kill numbers", so for instance, they score a kill with a 6 only.
Fighting power:
For instance, instead of 1d6 for every 2 men, you get 1d6 for each single one.
- August 22, 2019