This is the second re-write of my Really Old School Rules, modeled after the way Dave Arneson, David Wesely, Phil Barker, Bob Meyer, Jeff Berry and many other Twin Cities gamers roleplay(ed) before D&D.

I'm looking for a new name because "pre-D&D" is absolutely NOT what it is (thank you, @Matt Jackson, for pointing this out in your podcast). Arneson's play method has nothing to do with Gygax's younger game – it deserves another title. If you guys come up with a good one, i'm happy to adopt it.

One thing that kept me thinking was hit points. We know Dave Arneson used hit points after the unfortunate one-hit-kill incident in the infamous "Troll under the Bridge" game, a test game where Bob Meyer played a hero and got killed by one blow. I tend to handwave this aspect in my games, but now I have more historical information. 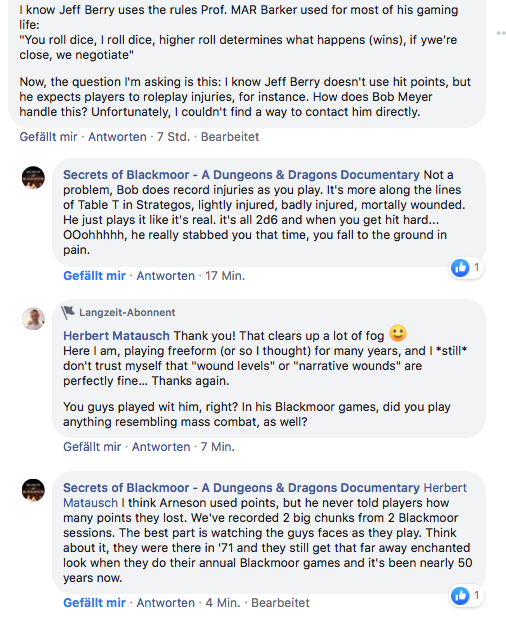 Let's take a look at Strategos, a military game that had major influence on Arneson and Wesely, as well. Table T says: 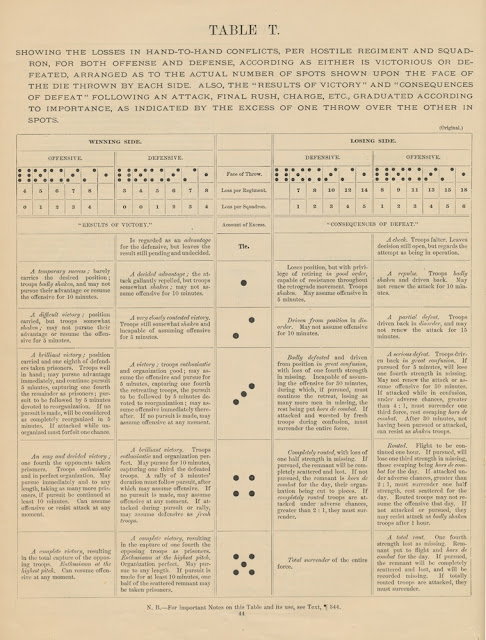 Of interest to me is the results section. The higher the difference between the winning dice roll and the losing dice roll, the worse the result becomes for the loser. As we've read, Arneson used points, at least in the sense of "this character can get hit X times", and Bob Meyer seems to walk the same path. I'll use this for my own interpretation.

I also asked Chirine ba Kal (Jeff Berry), one of the oldest friends of Prof. Barker's, and the current "official" Tekumel referee, the same question about a Really Old School Star Wars campaign.


Norbert: Did you use hit points? Or "three strikes and you're out" or similar things?

Chirine: Yes, modified by the particular game's setting. It works. Hits were based on the game's setting. Blasters generally meant that the hit was fatal; same for lightsabers. Tekumel sessions used EPT for the stats and HP - for example - but the players were the ones who kept track of them; they would tell the GM what had happened, which also told everybody in the party, as everybody role-played. I have some dice to indicate where hits occur, and we use these for some games. otherwise, it's Phil's rules and roll %D. If one knows how the world works, it gets pretty easy and fun to play.