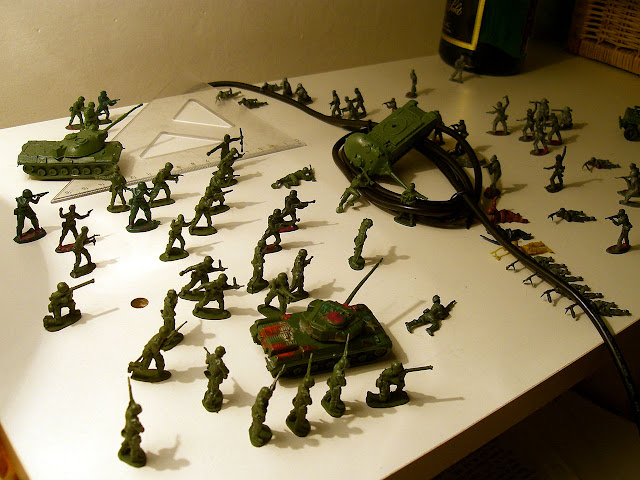 ... and I don't mean The Flintstones here. What really is driving my interest these days (in terms of roleplaying games) is to go as far back as possible with the rules. And since it's been established by amazing researchers in the field that Original D&D was not the first rpg (not by a long shot even), I'm slowly (hex) crawling my way to The Origin of Our Hobby (TOOH, ha!, I like that).


We know that Dave Arneson didn't have a single "true system", but he changed and switched and tried and created on the fly, before and after his sessions. We know that Dave Wesely did the same with his Braunsteins, a game with no "official" rules that were available for the players. We also know that Phil Barker, eternally renowned for the beauty that is Tekumel, used a very freeform set of rules that didn't care about the typical D&D-isms like hit points and stats or saves, but ruled them on the fly.

It's also a given that neither Dave Arneson, nor Gary Gygax, nor Phil Barker used the rules they published (except Prof. Barker when it came to military simulation). Jeff Berry (also known as Chirine baKal), one of the old-time grognards who played with Arneson, Gygax, and Wesely, and was a regular, trusted member of Phil Barker's rpg group has this to say about the rules the founding fathers of roleplaying games used at their private tables:
Phil Barker, the man himself, about rules:

Bob Meyer, one of Dave Arneson's longtime players and traditional referee of the Annual Blackmoor Game:

13 years ago, W.D. Robertson wrote "Fast, Easy D100Narrative Adventures for Empire of the Petal Throne". Check this pdf out, it's worth it.

All of this makes it really easy to come up with ideas for a (as Chirine ba kal called it) "pre-school" (as opposed to "old school") session: